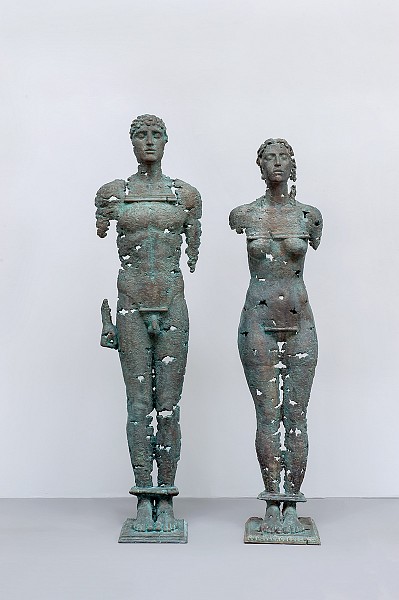 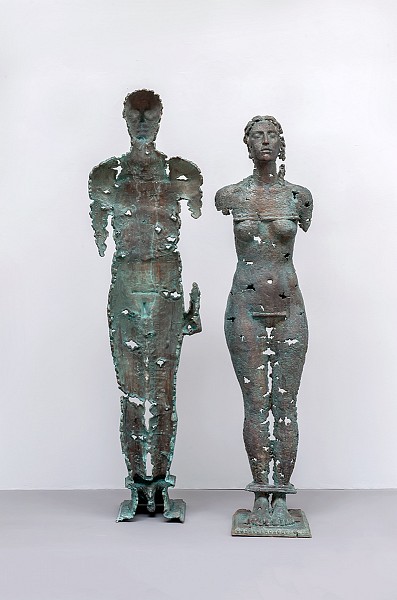 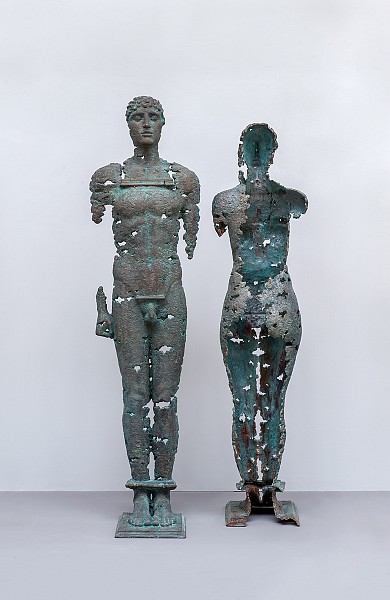 The sculptures, entitled Awakening, represents the awakening of the spiritual freedom in a person living in the contemporary age, when the present consumerist civilization has, the artist contends, entered a crisis.

The main idea Awakening conveys is as follows: humankind has to attain self-knowledge beyond vague ideas, trite clichés, dubious values and empty dreams, winning the hope for a future filled with spiritual values reaching back to antiquity. Therefore, it is no coincidence that the artist embraces the imagery of the Greek art and culture of the Classical Antiquity that has strongly influenced subsequent European culture with its high aesthetic and moral ideals.

Creatively engaging with and, in a way, deforming sculptural types from the Greek legacy, Colossus Awakening demonstrates deformed moral values of the contemporary civilization, and its pervasive disorientation. Extending from the individual towards the collective level, this engenders global problems and conflicts that may eventually result in the decline of the civilization. A body in ruins is an allegory of the moribund passive spirit. We, the denizens of the present world, no longer notice that our authentic self-languishes in deep slumber and is slowly dying: it is no longer a prerequisite for surviving in the consumerist culture which prioritizes material wealth. We should shake off the slumber!

Kore was a type of feminine figure in the sculpture of the Greek Antiquity of the archaic era. In Kore Awakening Egor Zigura strips the statue of its traditional connotations as a religious symbol. It conveys new meanings to our contemporaries as an expressive, informative, and sensual construct. 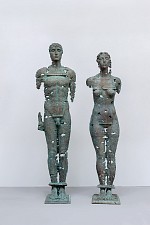